How much do I love Colin Firth?  Oh alot, next to Idris Elba, Colin Firth is my biggest British crush EVER.  So why do I like Colin Firth, I’ll tell ya in pictures.

I first fell in love with Colin Firth thanks to Bridget Jones Diary.

I don’t even recall how I came to reading BJD, but somehow it caught my attention.  In the book, Bridget Jones has to chose between the studly “fuckwat” Daniel Cleaver and the haughty always rude Mark Darcy.  The author of the book, made no qualms about saying that the character of Mark Darcy was based on Colin Firth’s portrayal of “Mr Darcy” from the BBC production of  “Jane Austen’s Pride & Prejudice”.  If you’ve read the book (and if you hadn’t, then why the hell haven’t you?) you’ll know that Helen Fielding actually put an interview of the “real” Colin Firth with the fictional Bridget Jones and much hilarity ensued.   That started my love of Firth.

Also, in BJD, they were relentless when talking about Colin Firth’s turn as Mr Darcy in the BBC Pride and Prejudice, they made a big show of talking up a scene where he literally jumped into a lake and came out all wet white t-shirt and glistening…lol.  So I figured, hey let’s see what they’re talking about.  So I went to my local NOLA library and checked out BBC/A&E’s Pride and Prejudice. 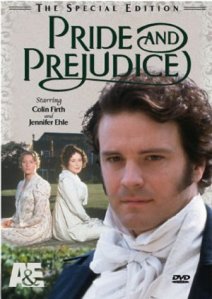 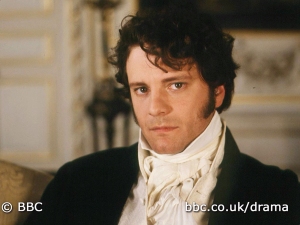 Well long story short, I loved it and my Colin Firth obsession began.  He was the BEST MR DARCY EVER!

Then IT happened.  Bridget Jones Diary had become a movie and Mark Darcy was gonna be played by none other than Colin Firth himself.  I didn’t really care who played Bridget, but Colin Firth as Mark Darcy and Hugh Grant as Daniel Cleaver was enough for me! 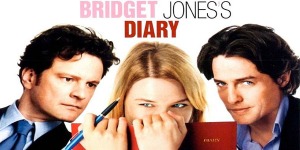 I won’t bore you with a description of the movie, cause if you are reading this post, then you damn well better have seen the movie…lol.  But I can’t mention the movie without showing some of my fav clips!

Oh and NOT to be outdone, they also brought back all the principles for the second movie.  While the second film was not as good as the first, I still loved it, for Colin Firth and Hugh Grant alone.  I do so love to see those boys and their “prissy British” fighting…lol

Ok, I think this post has gone long enough.  So I’ll end it like I began it: I LOVE COLIN FIRTH 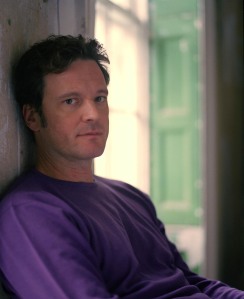 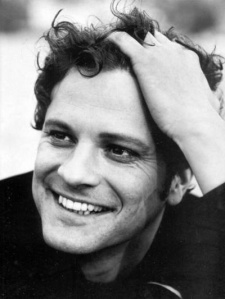 One thought on “I LOVE COLIN FIRTH!!!”