So it’s taken me a minute, but I”m ready to give my review of the new Superman flick Man of Steel.

First, a little of my Superman history.  I have never read the comics, I never read any of the graphic novels, I have no idea of all the Superman universes, I’ve never seen Smallville, but I did watch Lois & Clark.  My reference point for Superman, like millions of people is the Superman movies starring Christopher Reeves.  I know some of the history of the Superman mythology, but I’m not nearly as up to date on the background pre/post the Chris Reeves movie (now X-Men is a different story, I know way more bout Marvel than I do about DC Comics outside of Wonder Woman, Batman, Superman and the Justice League characters).  I also saw the last Superman movie with Brandon Routh, and unlike some, I didn’t hate it.  Oh and I’ve never seen the Chris Nolan Dark Knight Batman series, I’m a Tim Burton kinda Batman girl, so I’m NOT a Nolan aficionado.  So my comparison for this Superman movie would be based on my love of the original movies.  So I have been anticipating this movie for some time now, once I heard they were doing a new one, and even more once I saw the pics of the new Superman (Henry Cavil).  I read all the ranting about the red drawers, about the absence of Kryptonite, about  the red-headed Lois Lane, I read everything.  Of course I didn’t care though, if I really want to see a movie, reviews or rants don’t matter.  So me, my sisters and my nephew all got to the theater early.  We got great seats and I went to the bathroom early, so as NOT to miss any of the action.

Ok, so about the movie, the plot is exactly what you expected if you’ve seen the original movie or haven’t been living under a rock and don’t know the basic Superman back story.  Krypton is dying, parents send Supes to Earth, raised by Ma and Pa Kent, big bad-guy is General Zod instead of Lex Luthor. Lois Lane is as nosy and hard-headed as she’s ever been, and Superman has superpowers.  Like I said, not much changed plot-wise.  That’s not to say that there wasn’t some interesting twists, but aside from one major thing towards the end (which if you are not a Superman super-stan, you won’t even realize it’s that big a deal) the plot is the same and not really anything new, besides stylistic differences.

So getting into the nitty-gritty, I  liked the movie.  Was I blown away, hate to say it, but no I wasn’t.  Was it good, yes, but so was the original.  Was the acting great, yeah, I say better than the original for the supporting players (i.e. Pa & Ma Kent, Jor-El, Gen Zod, Perry White…) but to be honest, the new Supes Henry Cavil  didn’t speak much (which BTW, is NOT a complaint, MORE ON THAT LATER IN THE POST) and when he did it definitely paled in comparison to Christopher Reeves, but that could be cause he was new to “the suit” if ya know what I mean.  Was the action scenes better, yeah, way better.  The Reeve movies are a product of their times, so of course with the new technology, the new movie didn’t disappoint.  The fight sequences were really good, the hand to hand stuff, the presentation of the superpowers, a very good presentation of how a fight between two very strong superbeings would be very destructive to the surrounding area and people.  In fact, you might say there may have been more fight sequences than needed, but all the scenes they did have were superb.  The best use of new effect technology was definitely during the flying sequences, IMHO.  The special effects crew and cinematographer did a great job of simulating a “flying man”, in fact it was both exhilarating and “dizzying” (if you hate “rocky” camera work, then sorry).

So I left the film satisfied but not blown away.  In fact, I’m not sure I can give you good quotes on what was said, or even describe scenes outside of the fight scenes as vividly as I can for Avengers.  So why is that…I’ll tell ya Henry Cavill….hubba, hubba.

Man, I admit, I loved me some Chris Reeves’ Superman, but that was the crush of a young teenage girl (the movie came out in 1978, I remember seeing it as a teen on syndicated tv), but now as full-grown woman, well…DAMN.  I swear I can’t be completely sure, I may have blacked out from the hotness, but in Cavil’s first scene in the movie he’s pretty much shirtless for an extended action sequence. Here he is:

Now, imagine THAT on the big screen!  I swear to the Lord, my lil sister Robin leaned over to me and said, “well damn, this Superman dude is REALLY HOT!”  My sister on the other side was like “Damn, I need me a Superman in my life”.  Then there was the suit, I don’t  care one iota that the red drawers were missing, I”m not that much of a fan-girl anyway, but DAMN IF THAT SUIT WASN’T SKIN. TIGHT!!!! There was no room for an ounce of fat on his body in that suit.  If Clooney had to have the abs sewn into the Batman suit, Cavill soooo did not.  As you can see from these still pictures, it was basically lycra and buff body.  IT WAS ALL CAVIL!!!! DAMN! 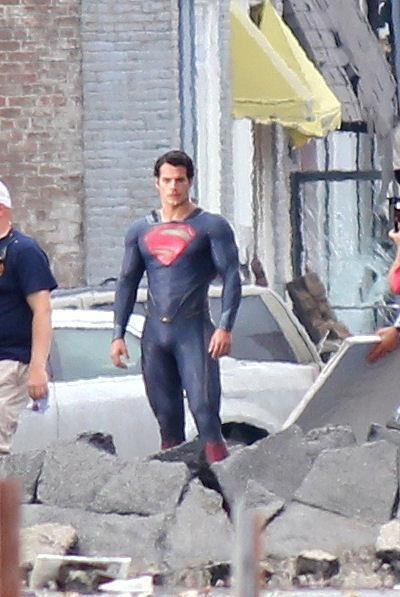 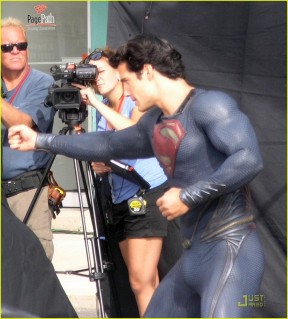 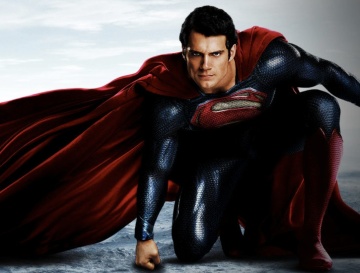 And yes, it was even more marvelous on the big screen!

I’m telling you there were times during the movie that I was just damn distracted by how gorgeous Cavil is.  My sister Robin was like:

“He is just too damn good-looking”.  And it’s true, someone asked me today how was the movie.  I said “I liked it” and he was like “Ooh, that wasn’t a I love it type of I liked it”…lol.  And it really wasn’t, I did like it, but it’s just dawning on me that maybe I was too focused on Cavil, cause if you asked me what I liked about the movie, the first thing that comes to mind is “ummm… Henry Cavil was pretty darn hot”!!  But the movie itself was good, but come on look at this, in or out of the suit, the dude is pretty georgeous: 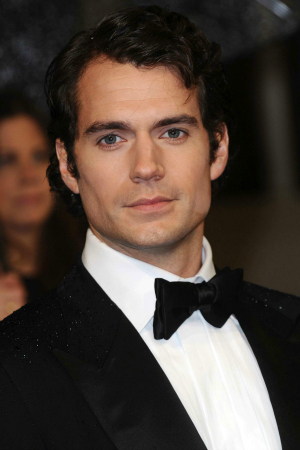 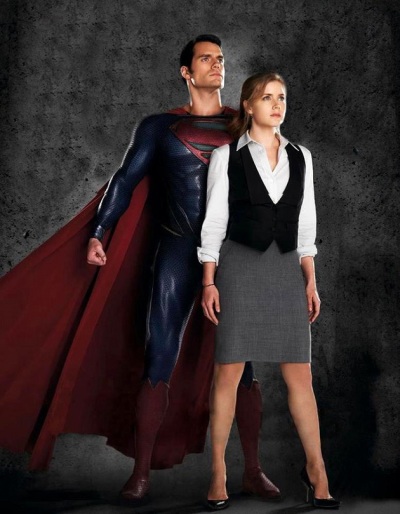 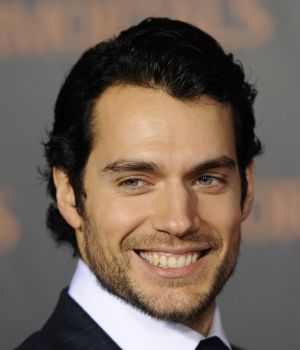 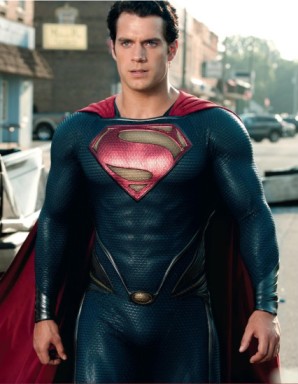 Ummm. so where was I?  Oh yeah, movie review, so

Action: A++, the special effects and fight sequences and flying sequences were top-notch.

Acting: B+ for Cavil (the + is for the hotness…so hot!), A+ for supporting cast (Russell Crowe, Costner, Diane Lane, Fishborne, and Michael Shannon who played General Zod).

Overall: Definite A, but with the disclaimer that I may have just been blinded by the awesome perfect hotness that was/is Henry Cavil…soo…LOL!

I definitely recommend it if you’re a Supes fan or not.  You will enjoy it.

2 thoughts on “Movie Review: Man of Steel, The New Hotness”