As published in 1971, in an issue of the New York Review of Books, James Baldwin wrote:

The will of the people, in America, has always been at the mercy of an ignorance not merely phenomenal, but sacred, and sacredly cultivated: the better to be used by a carnivorous economy which democratically slaughters and victimizes whites and Blacks alike. But most white Americans do not dare admit this (though they suspect it) and this fact contains mortal danger for the Blacks and tragedy for the nation. 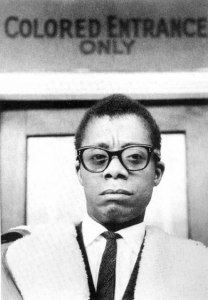 Or, to put it another way, as long as white Americans take refuge in their whiteness–for so long as they are unable to walk out of this most monstrous of traps–they will allow millions of people to be slaughtered in their name, and will be manipulated into and surrender themselves to what they will think of–and justify–as a racial war. They will never, so long as their whiteness puts so sinister a distance between themselves and their own experience and the experience of others, feel themselves sufficiently human, sufficiently worthwhile, to become responsible for themselves, their leaders, their country, their children, or their fate. They will perish (as we once put it in our black church) in their sins –that is, in their delusions. And this is happening, needless to say, already, all around us. 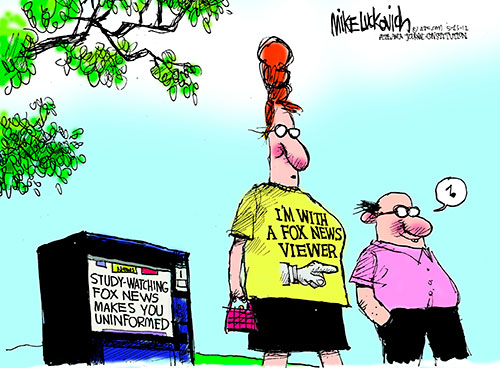 What white Americans are grappling with today is that this “kid” views as expressed are not that far removed from their “crazy” uncle/cousin/brother or Fox News watching mother/father/grandparent.

So what makes this dude different than their relative or good friend?  Well its gotta be “mental illness’, or bad parenting or drugs or tv or Internet.  Cause hey sure my blah blah tells racist jokes or talk about “those people” taking over the country or what about that “nigger in da White House” or them people on welfare. They talk about “taking their country back” too.  I mean who doesn’t have a “crazy”, racist bigot blah blah in their family….doesn’t everybody?

So this Charleston terrorist took it further than ur “crazy” relation, but he started as they are doing now…and most certainly learned hate  from someone.  That’s what some white folk are having trouble dealing with after this massacre in Charleston.  That’s what Fix News/GOO folks are grappling with now.  It’s got to be anything but the hate and jokes and rhetoric that’s been spewing for years in “polite company”.

It just HAS to be a random act of violence (Rick Perry) or it’s an act of violence against Christians (Lindsay Graham) or there no way to know what the motivation was, even though the killer said he wanted to kill Black folk cause we were taking over (right Jeb Bush).  No it HAS to be anything other than the rhetoric and the casual racist joking and the easy access to guns for crazy folk or the right wing media.  No, no, it’s anything but that.

RIP to the Victims of Emmanuel AME shooting in Charleston!

One thought on “Dear White People…Time To Deal With Your Shhhhhh….”

Because we’re all recovering from something.